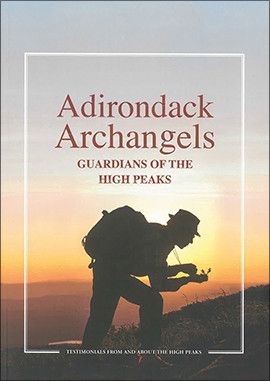 Guardians of the High Peaks

Adirondack Archangels: Guardians of the High Peaks recently released by the Adirondack Mountain Club is a collection of essays by individuals who have worked to protect the Adirondack Park and its highest peaks. The writers and subjects are people whose life trajectories and sense of adventure have bound them to the Park, ultimately casting them as guardians of this unique resource.

This book was created to honor the memory of Edwin H. ("Ketch”) Ketchledge, Ph. D. (1924–2010), whose dedication, resourcefulness, and passion led him to influence that protection process at a critical time. Ketch prompted creation of one of the most acclaimed environmental programs in the Northeast: the Adirondack High Peaks Summit Stewardship Program, which focuses on educating hikers, protecting the alpine ecosystem, and training the next generation of summit stewards. The writers of the book’s essays address these topics and others linked to High Peaks protection and the unique mix of public and private lands that comprise the Adirondack Park.